For the last 18 months X-MR have been conducting political research on a private basis using a wisdom-of-crowds methodology, some of which is described in our News page.

2016 presents the opportunity to validate wisdom-of-crowds polling in the succession of state primary elections, with the process kicking off in the Iowa Caucus tomorrow. This, like the UK Labour Leadership Election, is interesting technically because the actual electorate is not easy to sample - the result will be decided by the people who are registered voters who then show up at their precinct party meetings. Obtaining a representative sample of this group is quite challenging; our methodology doesn't have that requirement.

One of the wisdom-of-crowds tenets is that a wise crowd needs to be diverse, but not necessarily expert in the domain of interest. To examine this we ran four surveys last week, two concurrently for the Republican vote, and two for the Democrat. Each was a Google sample of 500 adults, with one sample being selected from the USA as a whole, and the other drawn from Iowa only. Each respondent was asked who they thought would win either the Democrat or Republican primary, whatever their personal preference.

The national and local samples both show Trump as the clear winner, and rank the other contenders in the same order (Cruz, Rubio, Carson, Bush, others). They differ in magnitude, within the confidence limits of the sample. 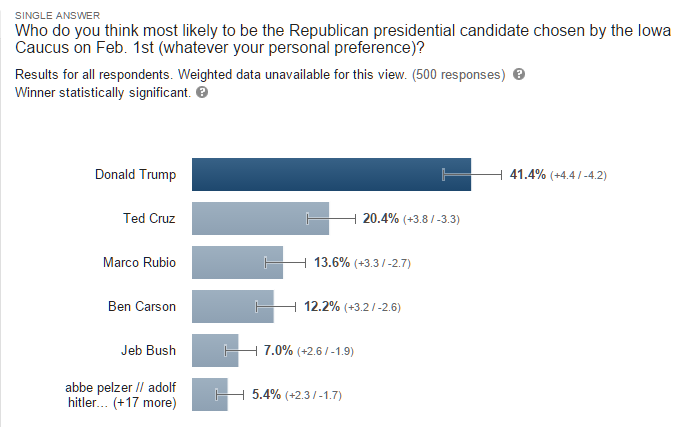 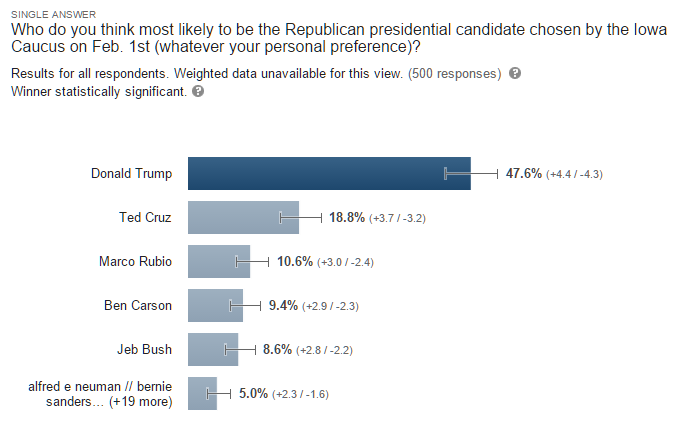 The national and local samples both show Sanders as the winner, Clinton second and O'Malley as a distant also-ran, though only the local respondents have Sanders statistically clear of Clinton. The confidence limits for the two major candidates do overlap between the two samples, to a much smaller extent than in the Republican surveys. 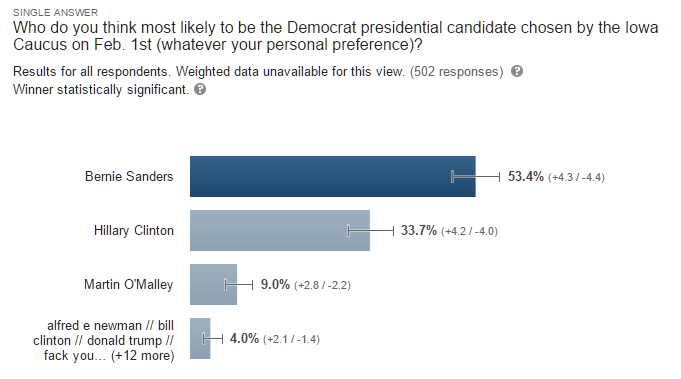 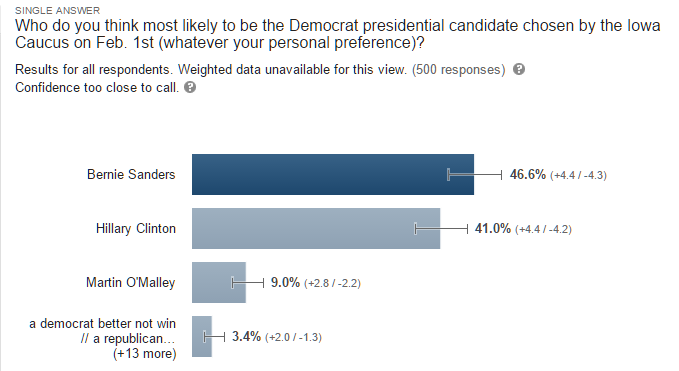 These results are presented unweighted.

Representativity becomes important when results are potentially biased because some contributing groups differ in their responses. With wisdom-of-crowds, the concern becomes not whether different demographic groups will place their votes differently, but whether they differ in their expectation of the outcome. What we typically find in this kind of survey is that the differences in judgement between age and gender groups are not significant - the overall estimate being within the confidence limits of the estimates for each subgroup.

For instance, comparing age-groups in the Democrat Iowa-only sample: 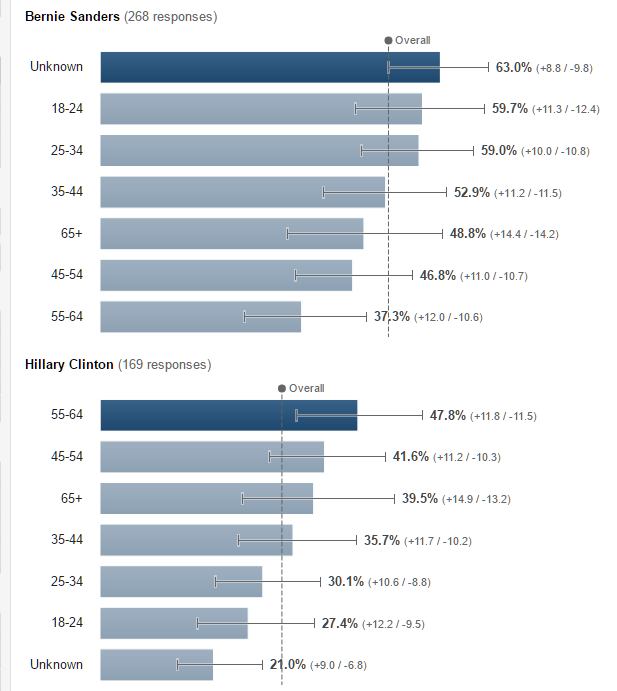 Though it is easy to infer the predicted order of the outcome as the order of the estimates, the interpretation of the magnitude of the estimates is not clear. The estimates may reflect the Bayesian/gaming odds of each outcome, or the share of the vote, or something more subtle. Only repeated exercises of this kind can provide insight here.

Anyway, we await the judgement of the participating voters in Iowa tomorrow!