For the second time in two years we have conducted polls to forecast the outcome of a UK Labour party leadership election. Last year our polls were quite accurate in forecasting the outcome:

"Which candidate do you think more likely to be chosen as leader of the Labour Party in September 2015 (whatever your personal preference)?" 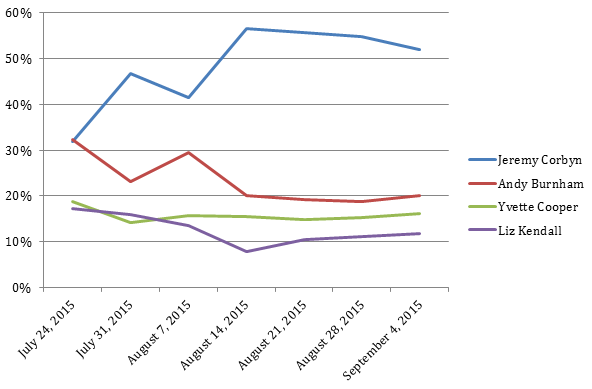 The result will be announced tomorrow but our forecast is very clearly for a Corbyn victory. Our UK crowd briefly considered Smith a little more plausible as the victor but in recent weeks Corbyn's position has been consolidated: 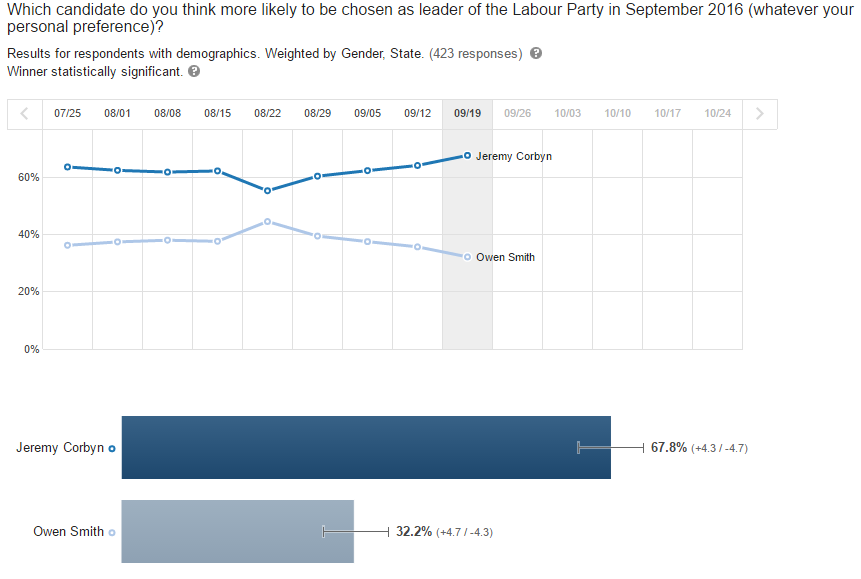 Note that our studies do not purport to estimate share of vote, only to rank the outcomes in order of likelihood. Further inferences from our results to e.g. winning odds or share-of-vote would require some modelling process.