As in 2015 we have conducted a series of wisdom-of-the-crowds surveys since the announcement of the General Election election. In 2015 our surveys showed Cameron consistently well ahead of Miliband as the most likely Prime Minister after the election.

"Who do you think most likely to be UK Prime Minister after the General Election on June 8th (whatever your personal preference)?" 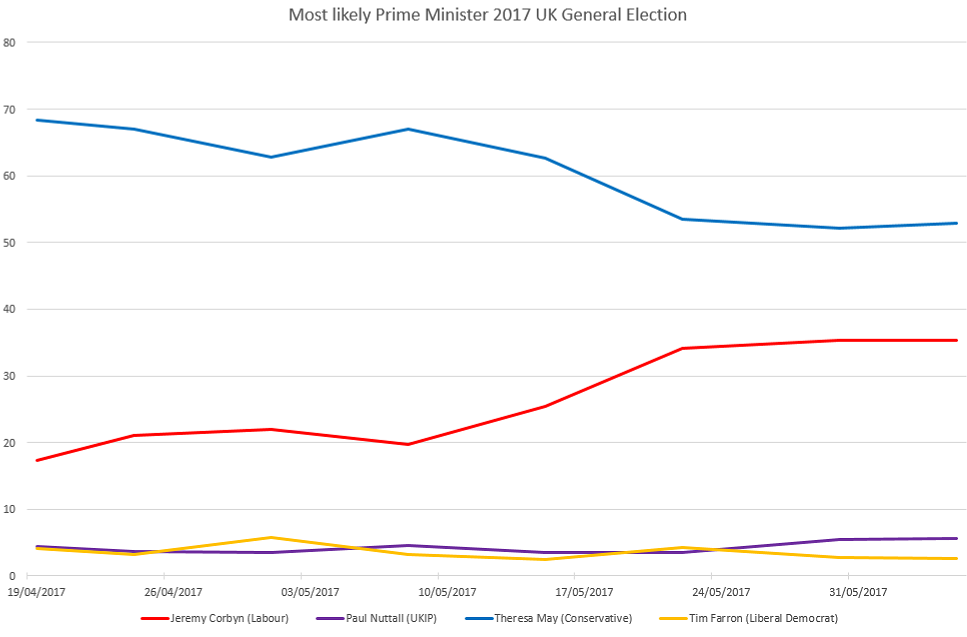 This can be compared with our similar studies in 2015:

We see that there has consistently been a wider gap in plausibility between May and Corbyn throughout this campaign than between Cameron and Miliband at the finish - so it is reasonable to expect a more decisive result. We also note that Liberal Democrats and UKIP seem of little significance compared to 2015, and wonder therefore whether their representation, already diminished by that outcome, will disappear altogether after this Election. Only leaders of UK national parties are included in these results.

Note that our studies do not purport to estimate share of vote, only to rank the outcomes in order of likelihood. Further inferences from our results to e.g. winning odds or share-of-vote would require some modelling process.

Fieldwork by Google Surveys, weighted, based on approximately 400 UK Internet-using adults per week